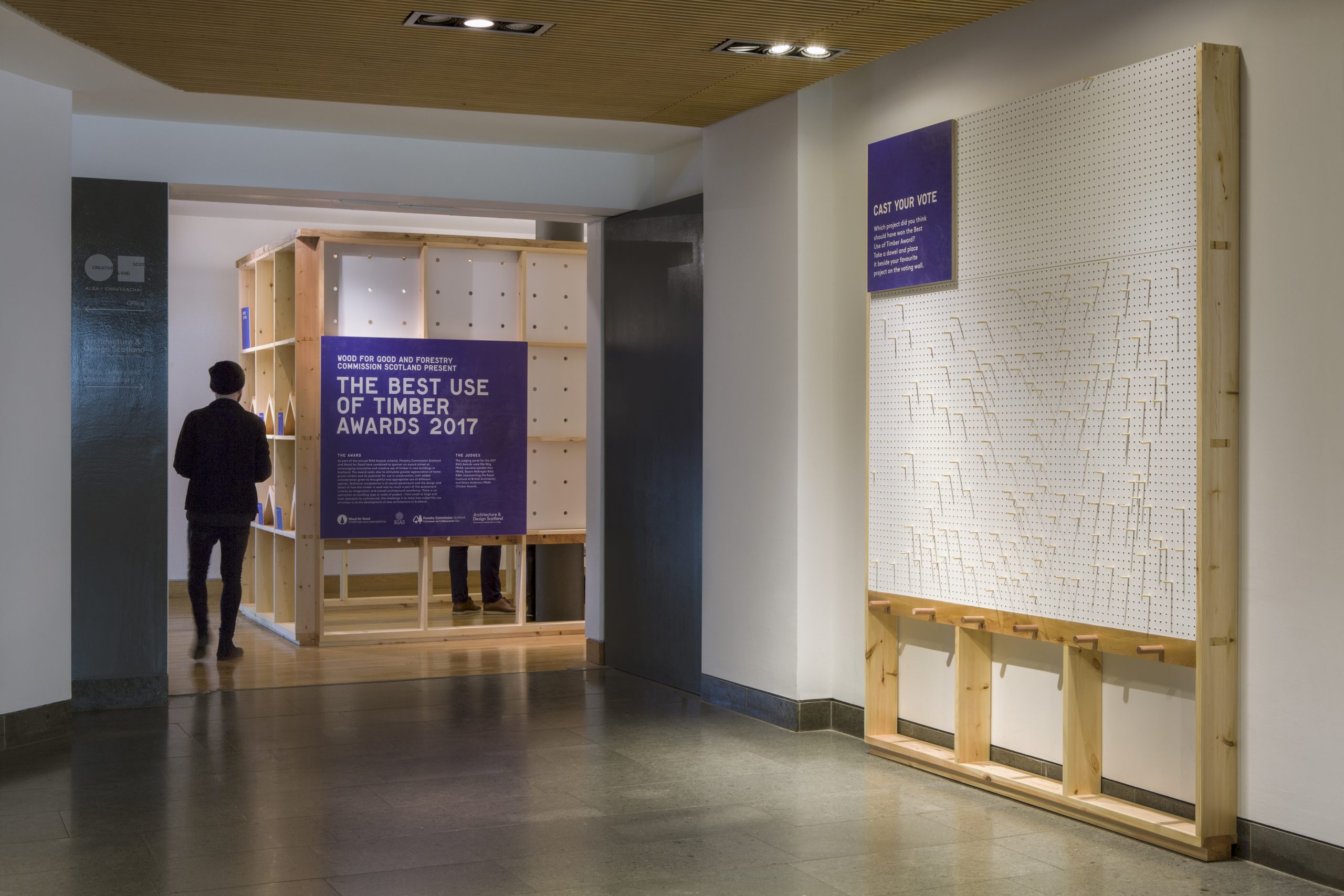 The concept for the Timber Awards Exhibition began with the simple idea of the timber screen as a means of forming space. The frame becomes a screen; the screen becomes a wall; the wall becomes a room; the room becomes a gallery. An accumulation of component parts growing into an adaptable space to display, to discuss and to celebrate timber in Scotland, that can travel anywhere in the country.

An appreciation of the Japanese Shoji, a lightweight screen that becomes a method for either opening or closing space, is a traditional celebration of timber and craft in Japan. A sliding screen in a Japanese home blurs the lines between where one space ends and another begins. Taking this method of sliding screens as a lightweight and adaptable way of forming an enclosed environment no matter the location, the exhbition took the path of a series of framed timber screens, allowing a variety of space to be formed through a simple component part.

A subtle nod to Japanese traditional joinery also seemed fitting, with 2018 bringing the year of Charles Rennie Mackintosh’s 150 birthday. Throughout Mackintosh’s career it was no secret that he was heavily influenced by the beauty of Japanese culture and architecture, particularly their use of timber. Due to Glasgow shipbuilding industry connections to other parts of the world became far easier at the turn of the century and the phenomenon of ‘Japonisme’ occurred around this time. Japanese interiors were simple, but beautiful designs and had a major impact on Mackintosh as a designer.

The screen when connected offer a portable display but also a freestanding, stable structure with which to hang or display work. This internalised room offers a consistent display no matter the location of the structure. An enclosed space and a space with which to celebrate growing use of timber in Scotland.

With a particular view toward portability and adaptability, a key theme for the development of the structure was creating component parts that combine to become greater than the sum of it’s parts. This kit of parts also allows an adaptable use at the exhibition develops over the years. The adaptability of the screen means any form of space could be created. Each year the space could change or develop. 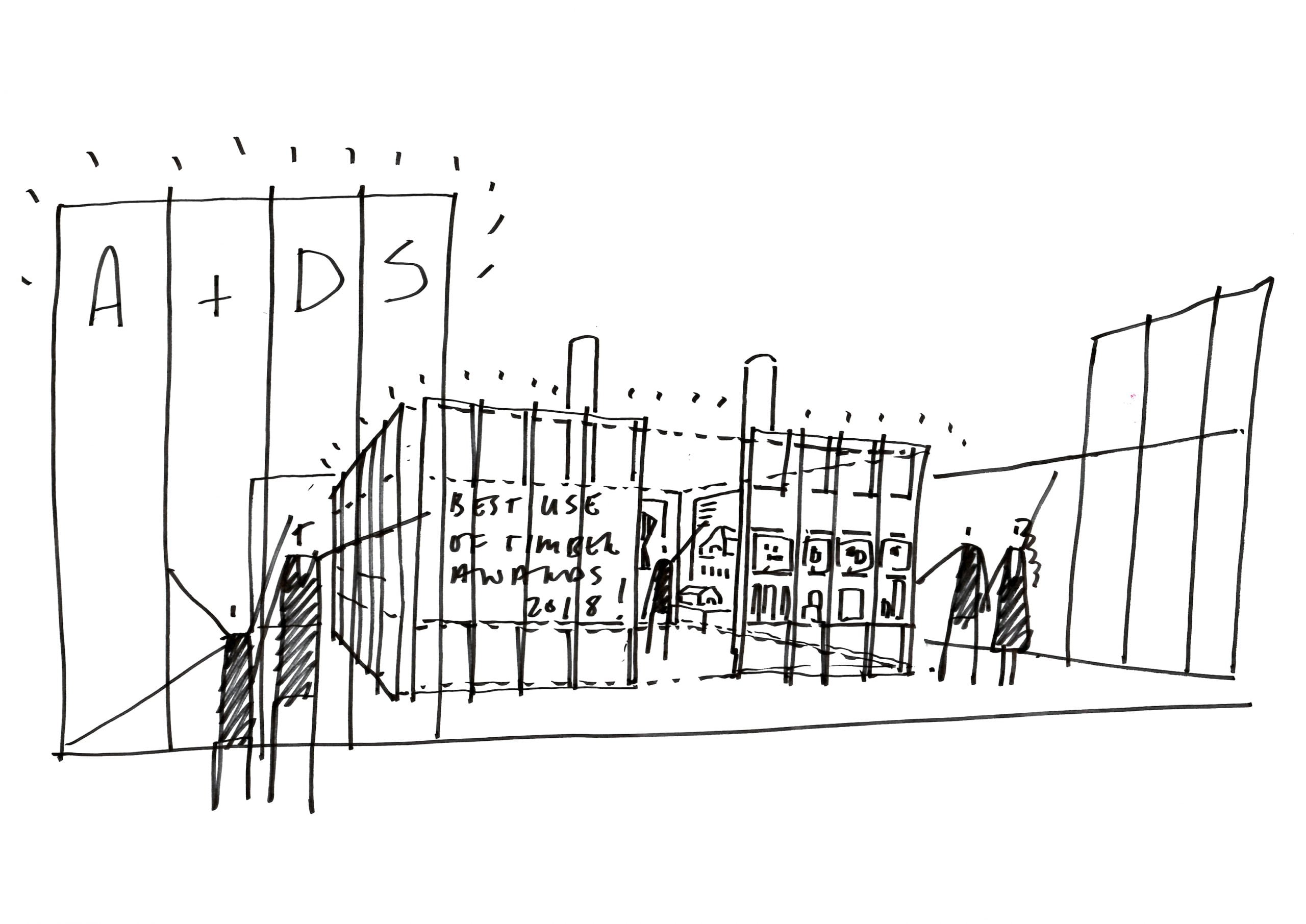 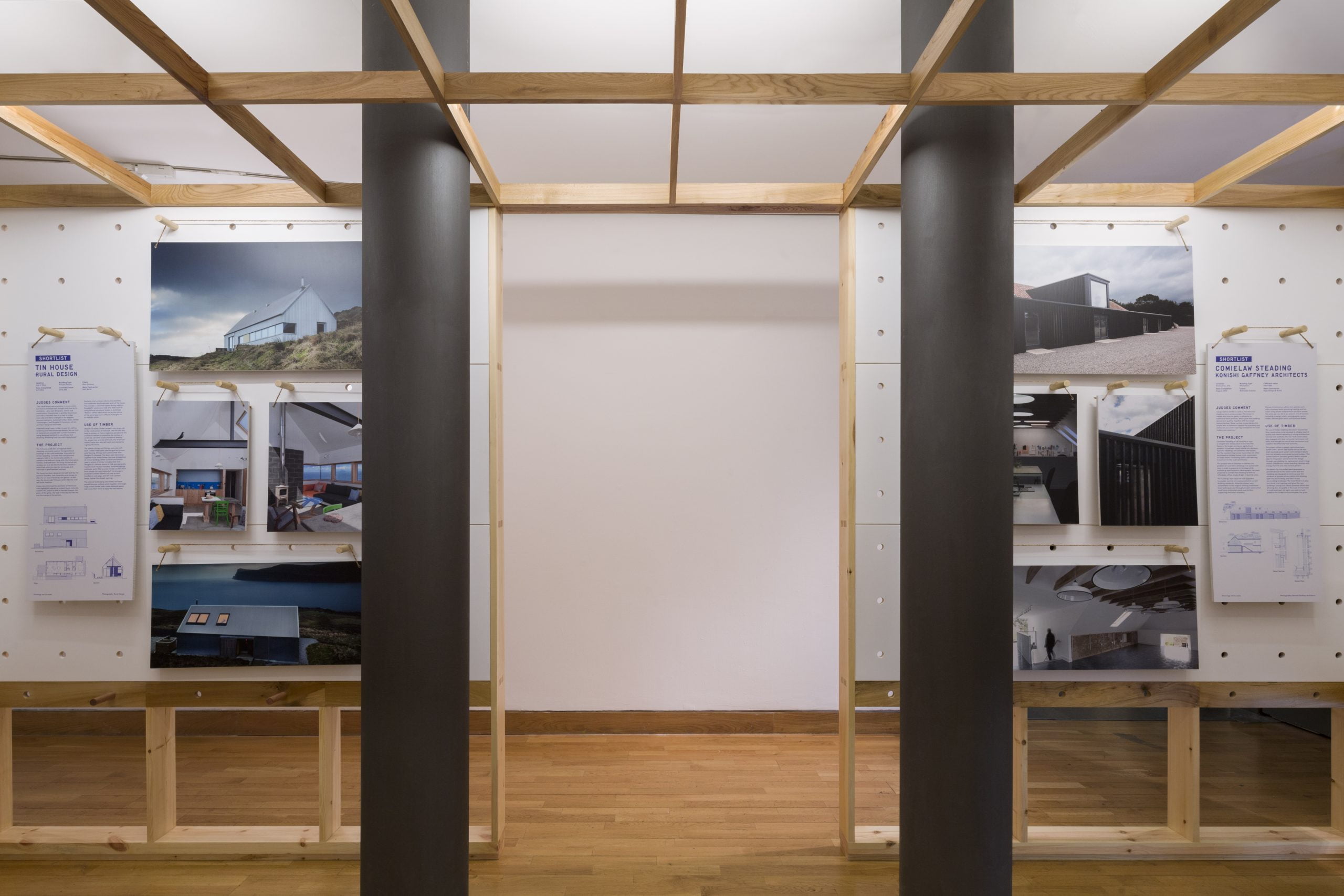 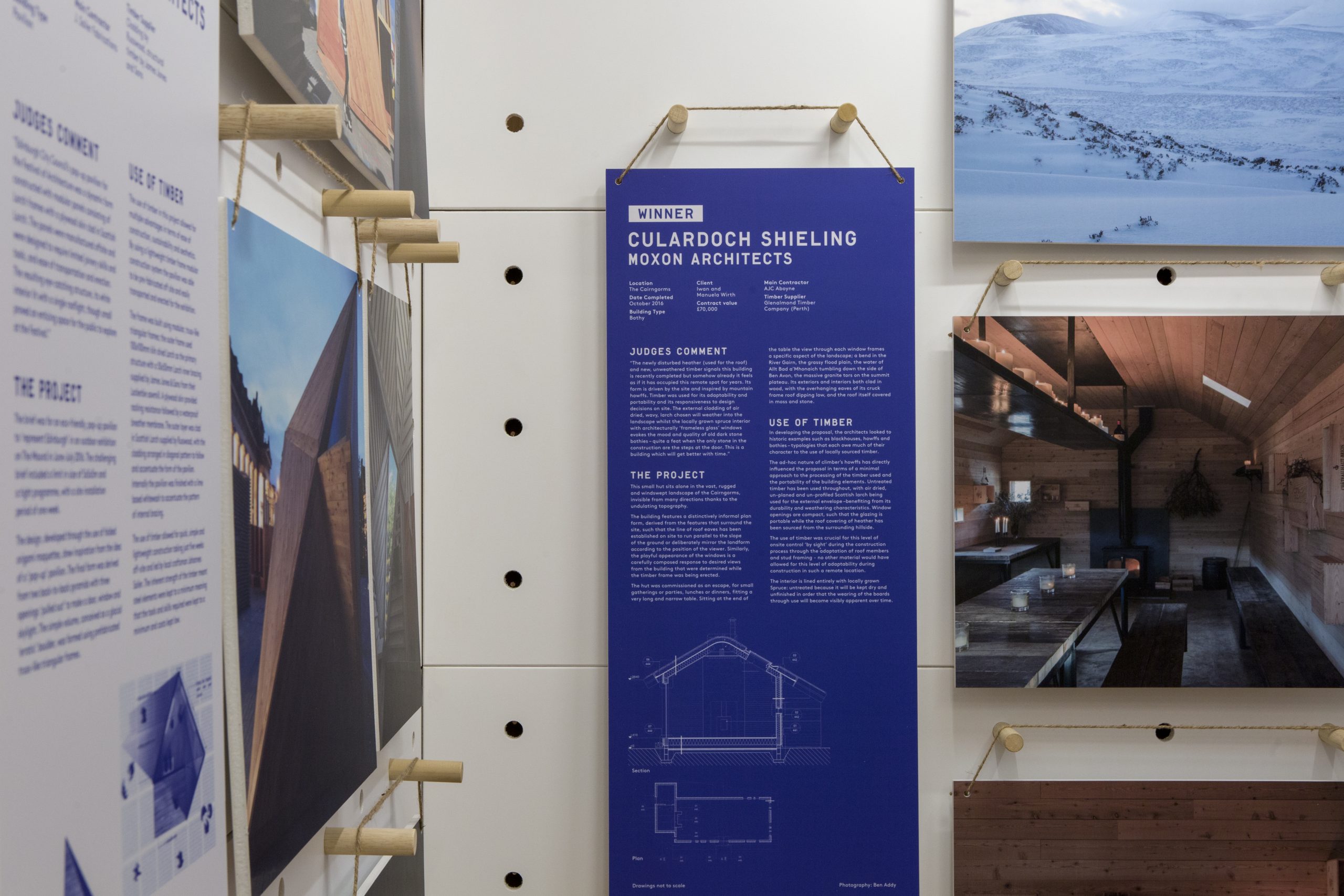 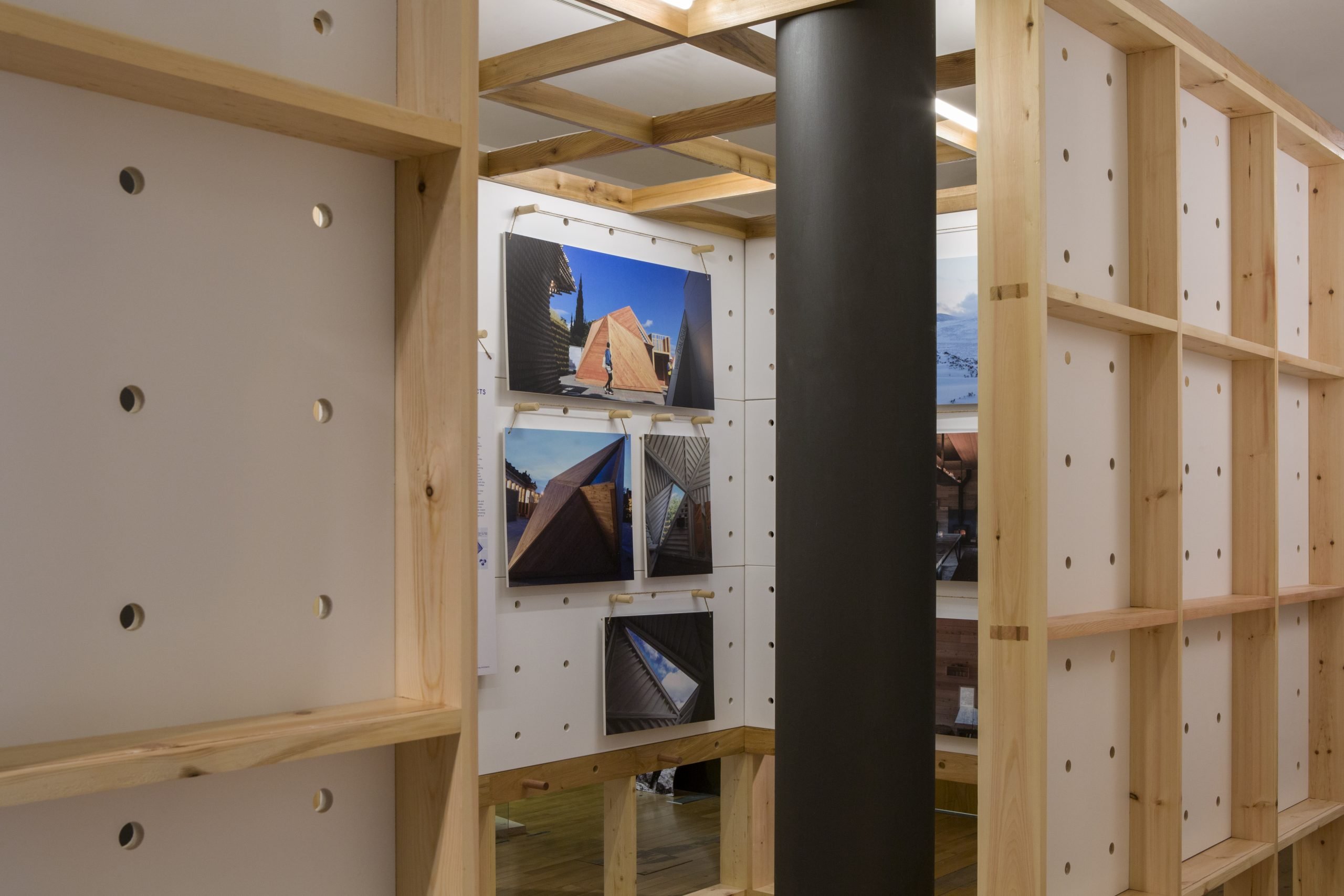 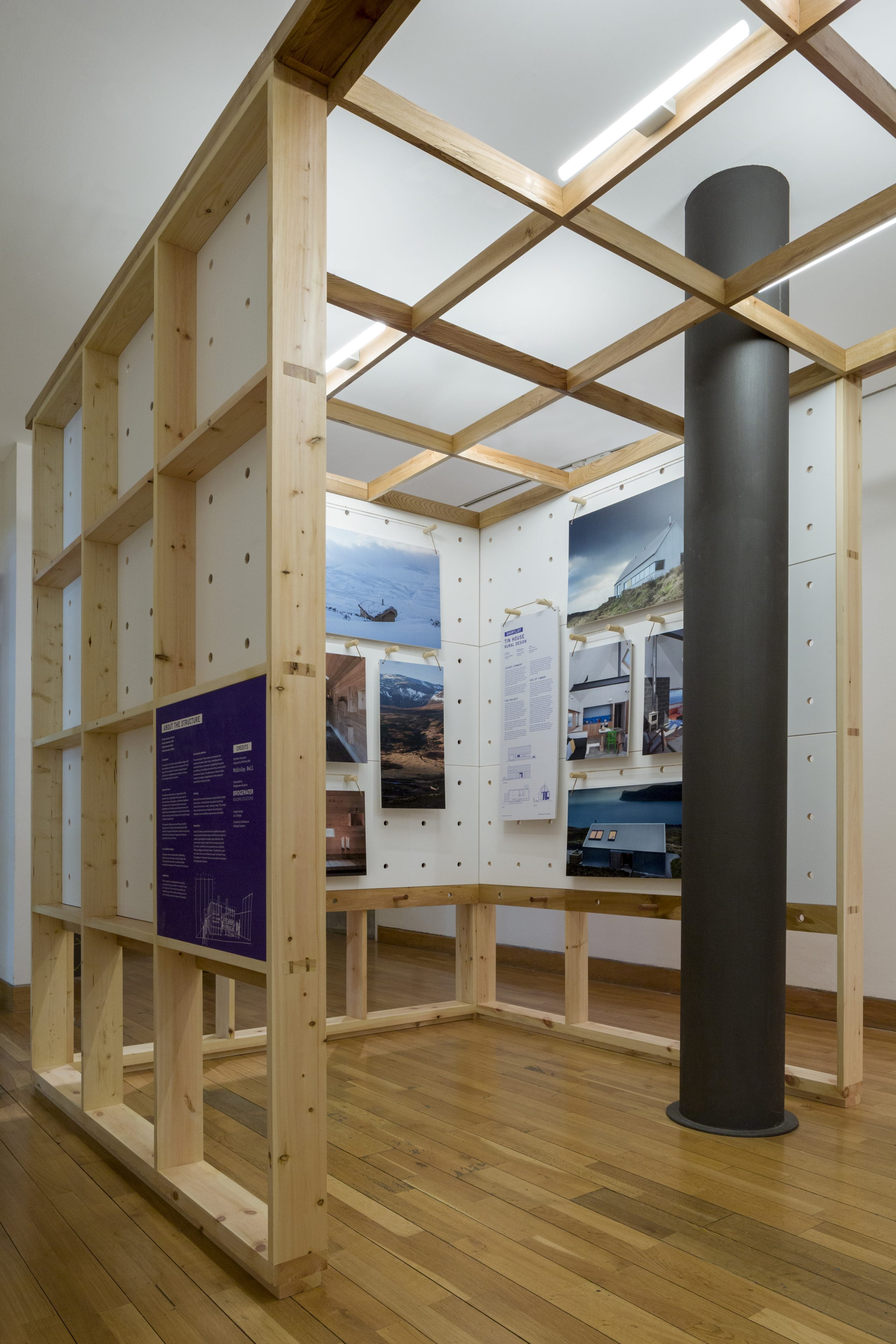 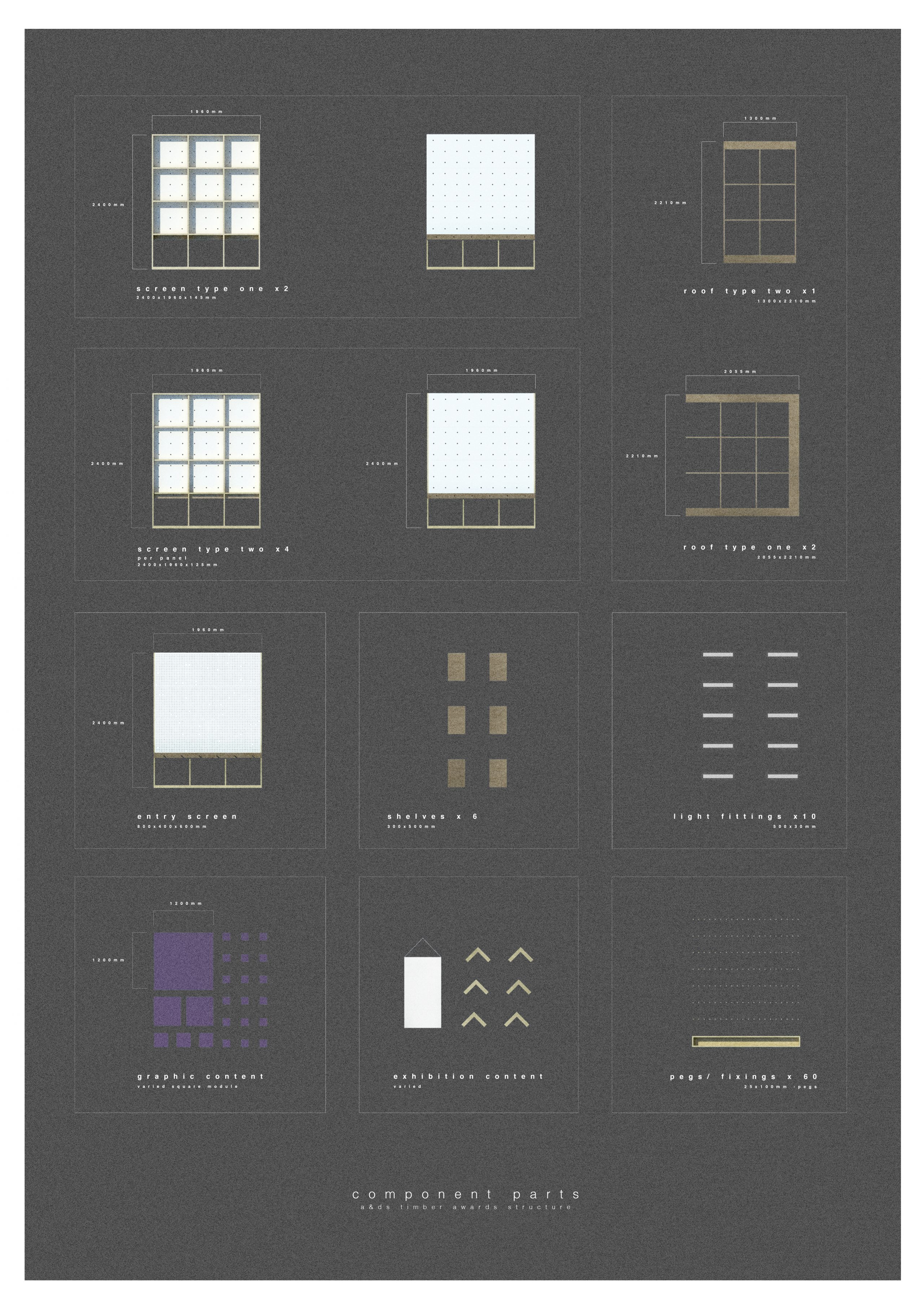 The Construction of the Frame

The frame took inspiration for the traditional method of building a framed timber wall in Scotland, something that can be manufactured in a controlled factory environment, which highlights the quality and efficiency of prefabrication within the construction industry. The added layer of detail to these screens provides an appreciation for the simple yet beautiful form a framed timber structure can take. Taking the Japanese tradition of celebrating the timber structure adds a layer of detail and beauty to the joinery work.

McGinlay Bell looked to celebrate traditional joinery methods in the construction of the frames. Externally the screens showcase a sturdy Scottish timber construction, with particular focus given to the jointing. Internally the frame is lined, the lining signifying the creation of the room. This simple idea becomes more complex as the screens adapt to the space they inhabit. The formation of the room can be adjusted to suit the varying locations, forming openings through shifting planes.

The material choice for the timber structure was importantly sourced from local suppliers with locally grown Scottish timbers used for the frames. The red Pine was chosen as a stable, lightweight and widely used material within the construction industry. The Wych Elm was chosen due too its rich colour, durability and because it is a naturally falling Scottish timber. The Wych Elm used in the structure fell only 3 weeks before the construction of the screens. 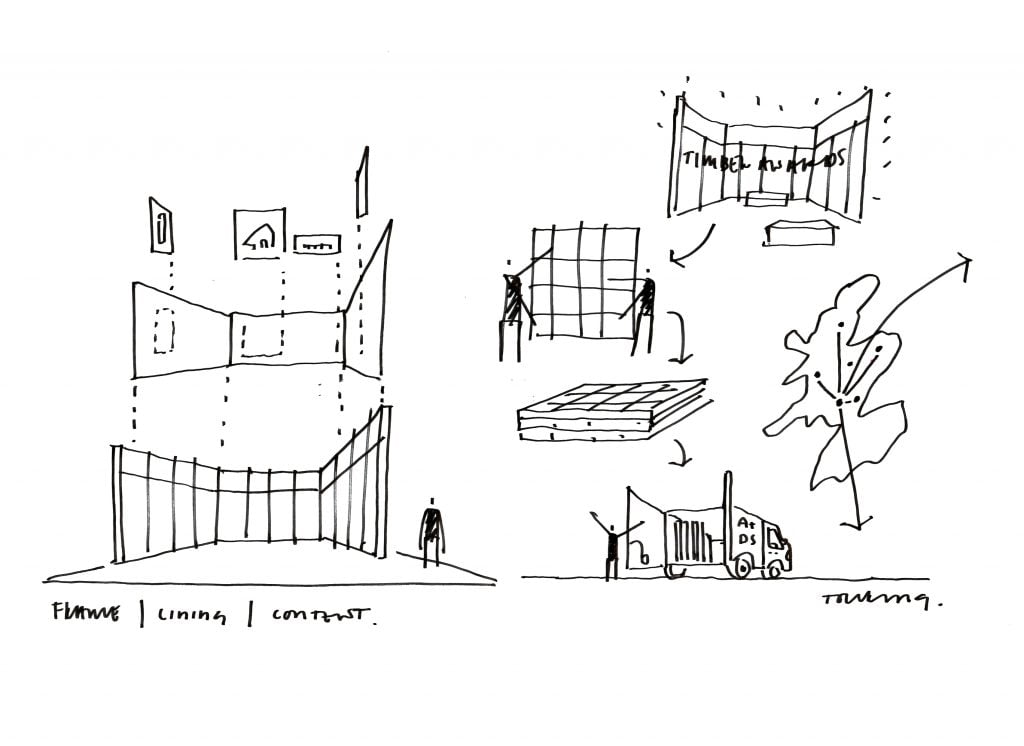 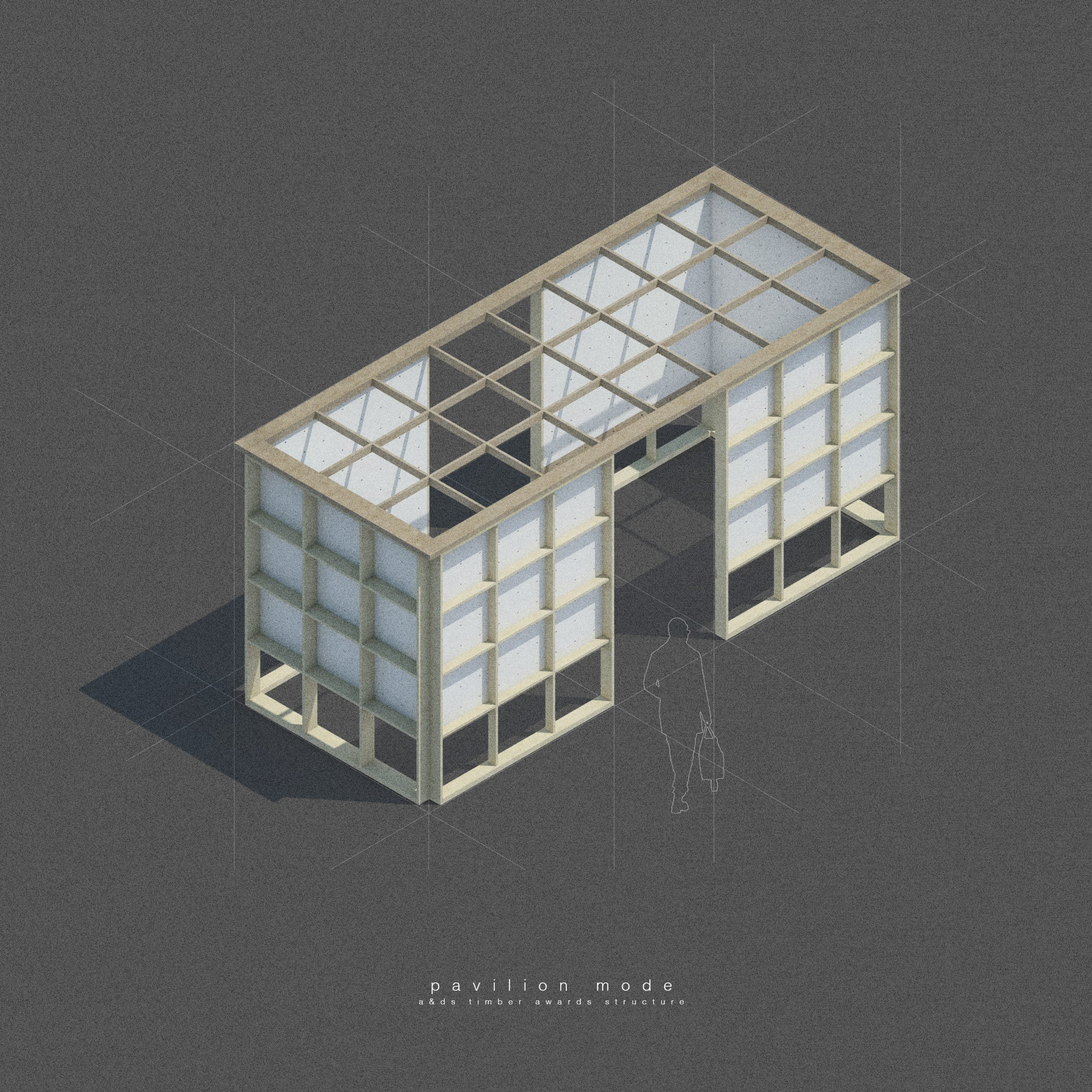